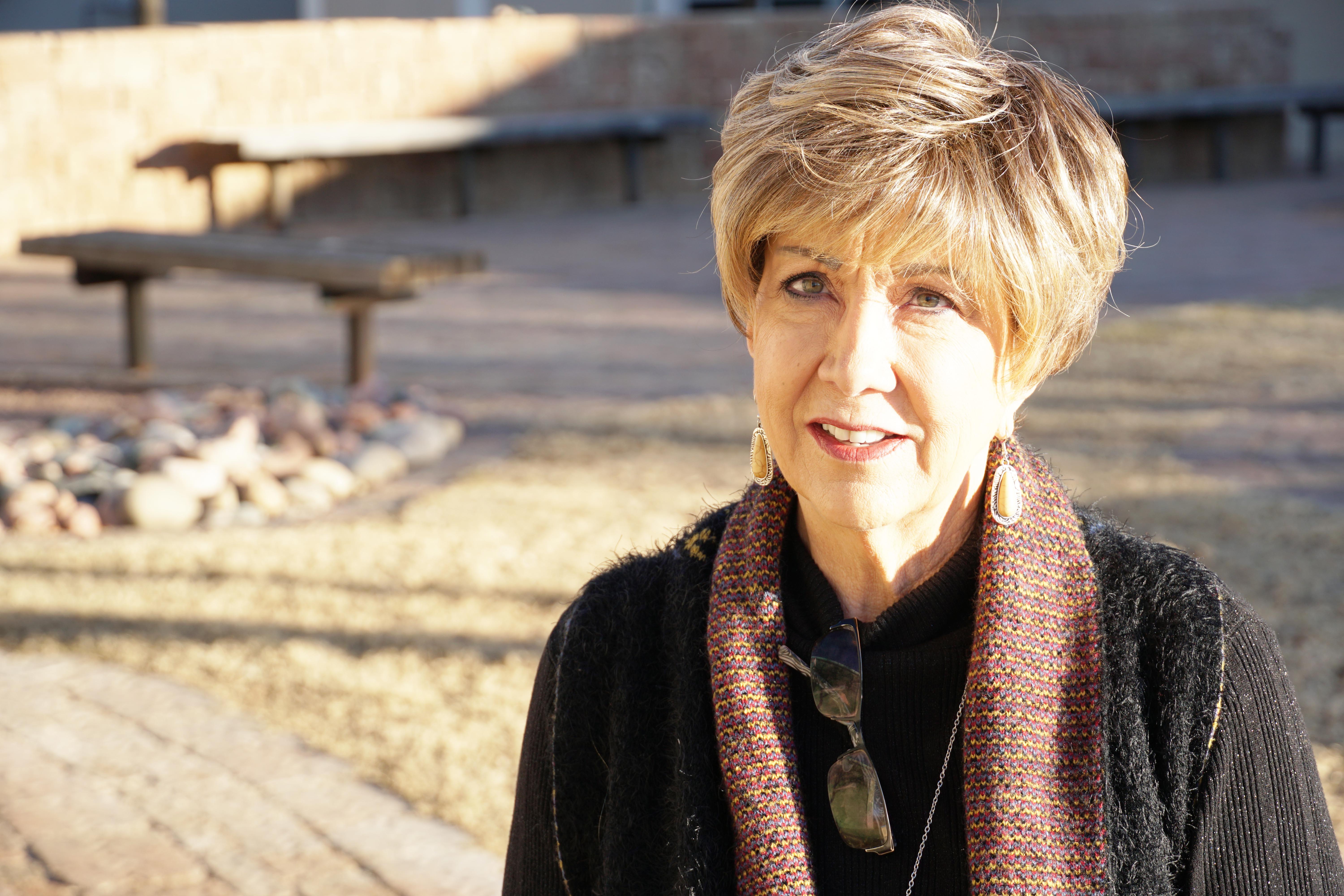 “I know I’ve been gifted with a second chance of a healthy life, and I do not intend to waste it.”

Carolyn credits her mother with showing her how to be faithful and trust God, even when it is most difficult. She watched as her mother turned to God in multiple situations, and she took note. Carolyn has followed her mother’s example of faithfulness as she has walked through many trials of her own. She knows that without knowing to trust and rely on God fully, she couldn’t have survived.

Shortly after a failed marriage of 25 years in 2009, Carolyn found out that she had polycystic kidney disease. This disease placed her in need of a kidney transplant. Several people in her life stepped up to try to give her their kidney, but none of them would prove to be the right match. After being on the list for seven years, Carolyn began to doubt that she would receive the call from the transplant team to tell her they had found a match. As the days passed without word, Carolyn experienced bouts of vertigo and became concerned. As her annual physical, began to approach, Carolyn decided that she would ask her physician about vertigo. The physician was concerned that if something was going on with blood vessels or anything else, she might miss the opportunity to receive a kidney if it arises. This concern directed Carolyn to look into finding a neurologist who could see her as soon as possible. “I didn’t even know where to start. Who has a neurologist? This situation is where I really started to see God and the way He works.”

While on dialysis, Carolyn struck up a conversation with her nurse. The nurse mentioned that her best friend, in Houston, works for a highly respected neurosurgeon. The nurse offered to call to see if she could get Carolyn in to be seen. Surprisingly, the Neurology clinic was able to get her in the following week. Carolyn was not going to miss this opportunity, so she traveled to see this surgeon in Houston, where they found an aneurysm two inches inside her brain. The aneurysm would have prevented her from receiving an all-clear to receive a kidney if one became available and it could have been devastating, possibly fatal had she undergone a transplant surgery without the aneurysm having been detected. The timeline in Carolyn’s story is nothing short of a picture of God’s sovereignty.

After finding the aneurysm in November, the doctor thought they needed to treat the aneurysm soon so that she can be ready if and when a kidney became available. Surgery was the following January 17. While recovering in ICU, Carolyn received a phone call. This call was to tell her that they think they had found a matching kidney for her. As soon as she was released in Houston, Carolyn headed to San Antonio to see the transplant doctor. When she arrived, she was told that someone had stepped up to offer her their kidney and they found that she was a very close match. Three days before the surgery, another phone call came in that this lady’s kidney matched someone else better, so that person was going to receive it. In turn, Carolyn was to receive the kidney from someone who was much younger and also a closer match. In March of 2018, Carolyn received her new kidney. She likes to look back and admire how every single step of her journey has been so perfectly timed. “My kids had to see that you believe in something more than just this life here. They need to see that you just go on with your life and allow your faith to carry you through things.”

Carolyn recounts that she never remembers a moment when her mom didn’t go to God’s word for answers. She knows that she learned her peace and trust by watching her mother’s faithfulness while she was young. She has always felt a peace that God is in control in every situation.

Carolyn has suffered much, including the death of a child, failed marriage after 25 years, the early death of a brother, imprisonment of one of her sons, her mother battling brain cancer and then losing her, and this most recent health trial. Carolyn explains, “Bad things happen to good people, and it doesn’t mean your life can’t be blessed, and you can’t be a blessing to other people. You can’t say ‘Why me?’ my deal is ‘why not me?’ You grow in the valleys. you may not like it at the time, but you can realize that God is working in those moments.” Carolyn shines a very evident joy as she speaks of the way that God has sustained her. She uses her every moment to give back and show her appreciation for the life that she has.